Protection for my computer
Next

What is Pokémon Go and do I need it?

The quick and easy answer is: Ask your grandchildren.

However, that would be chickening out. Lately we have been hearing stories of people breaking into businesses and upsetting busy hospital staff by running around wards, hunting down those elusive creatures. Sometimes you get more than what you paid for as one teenage girl found out when she discovered a dead body while chasing a Pokémon.

So what on earth is going on? What is Pokémon Go and who are these Pokémon creatures?

The original Nintendo-owned Pokémon hand-held game, popular in the late 90s, is again taking the world by storm through Pokémon Go, an app-based GPS-driven game you can play on your phone. 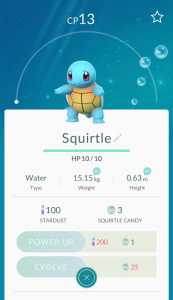 You download the game and play it through your phone’s camera. The Pokémon will appear around you – but only on your phone screen – AS THEY DON’T REALLY EXIST! – and you “catch” them by throwing a Poké Ball at them. Yes, a Poké Ball. As you move around, i.e. walk or drive somewhere else, more and different Pokémon will appear depending on your exact location, the type of environment (seaside, paddock, park, street etc.) and the time of day.

The main idea behind the game is to get people off their backsides and out into the open. So, the game mixes the real world and the digital world in what is known as an “augmented reality”.

The original game was based on a world full of lovable and powerful (Poké)monsters which could look like snakes, rats, dragons, birds, trees. People called “trainers” then catch the monsters, tame them and go to a “gym” to fight other monsters. Along the way you can collect special items so your Pokémon may “evolve” into stronger versions of themselves and although the game itself is free, this is where the money is made. You may purchase Pokécoins (what else?) in varying quantities, the largest being 14,500 Pokécoins which sets you back a mere $99.99. 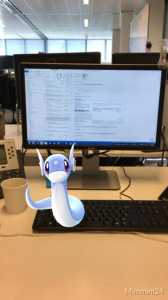 In this augmented reality, your apartment building could be such a “gym” and so you may find that clusters of people will start to hang out around your home or in your backyard.

The aim of the game is to catch all 151 Pokémon and be the most powerful trainer in the world!

So, do you need it? No, you don’t, but it could be a fun game to play with your grandchildren – if they’re into digital games, they will love to share this experience with you.

Added bonus is it gets you out of the house and forces you to be physically active – just try not walk in front of a car while chasing Pikachu!

Protection for my computer