The toughest guy in the house
Next

When all lives matter

The after-effects of Hurricane Irma and the road to recovery.

In the light of recent devastating events in the Caribbean and my need to finally write that follow-up article about our travel experiences in Cuba, I decided to write a different sort of story.

Whilst we were travelling through Cuba for ten days with our guide, Juan, we developed a friendship with him that went beyond the usual client-travel guide relationship. He was cautious at first – as we were with him – but as days went by and we started to get to know each other, we discovered that we had many things in common. Our developing rapport made our trip all the more memorable and ensured that we kept in touch via social media long after we returned to Australia.

Cuba and its people have not only had to cope with very difficult and often lacking standards of living, but like many Caribbean islands, have to battle the more severe elements of nature, such as the recent Hurricane Irma.

However, Hurricane Matthew in October 2016, Hurricane Joaquin in October 2015 and Tropical Storm Erika in August of that same year, have left many parts of the island in dire living conditions and struggling to recover.

Whilst viewing the sites of Santiago de Cuba and having lunch at Castillo del Moro (the usual, black rice, beans and chicken), Juan took us by ferry to a little isle called Cayo Granma. We were meant to have yet another meal/drink and make some souvenir purchases at the jetty restaurant/shop upon arrival, but we decided we’d had enough of food and took off up a path leading up a hilltop to catch the view of the other side.

Juan was uneasy about our sudden deviation from the schedule and although we just wanted to go and see the little church that sat on top of the hill, he told us not to go too far. 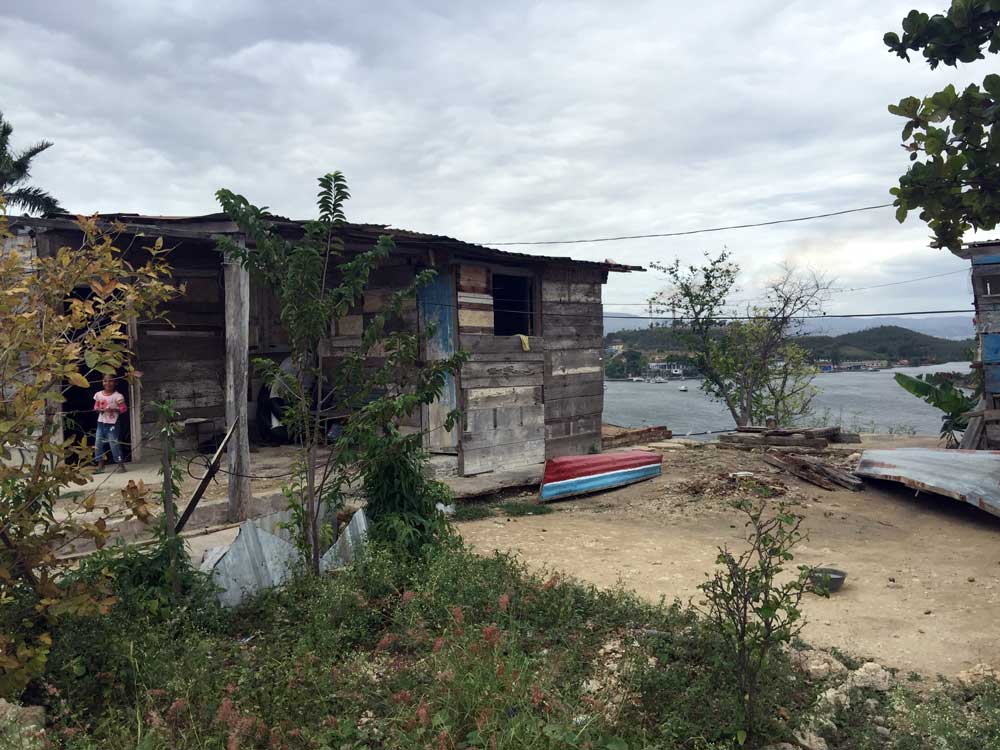 It wasn’t long before we were greeted by the local children who had obviously been taught a few words of English that were meant to entice us to give them money. We had been travelling through the Caribbean for some weeks and were used to fielding these “pesky little kids” but we had a different feeling about these people.

We asked them if they could show us the way to the church and they told us to follow them. They took us to what was left of their homes, where we were introduced to the parents. One of the kids was immediately dispatched to get the village “elder” as she was the one who had the key to the church. 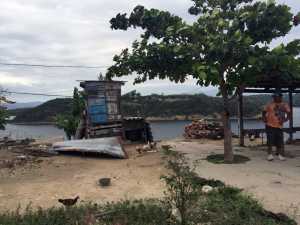 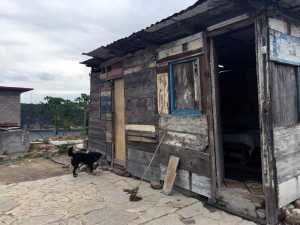 The little wooden shack which was clearly built from scrap timber was now their home – I don’t know how many people lived there, but they were proud to show it to us just the same.

More and more people from the village came over to see us – we were an attraction – as the desperate search went on for the woman who had the key to the church.

We never made it to the church. We had to leave to catch the ferry back to the mainland but not before we purchased some shells and gave them something extra “para los niños”. Still, we felt the effects of travellers’ guilt long afterwards.

These people were poor when the hurricane hit and they were even poorer afterwards. The though that they may have been hit again by Matthew in 2016 and now Irma is saddening.

After Hurricane Irma hit we tried to get in touch with Juan. He has two teenage sons and lives in Havana close to his parents. It took 10 days for him to respond as they were without electricity and internet for 7 days. He reported that almost the whole of Cuba is a mess – thankfully he and his family live in the southern part of Havana and did not suffer as much damage as the people living to the north.

Although he lost one part of his living room and bedroom roof and suffered damage to mattresses, furniture and electronics, he still considers himself very lucky, as the people living in the 10 provincial towns in the north of the island lost everything they had in their lives.

He said that in his 46 living years he has never seen devastation such as this or experienced winds of 200-300 km/hr.

When we see the reports of the after-effects of the hurricane on television, we sit there are shake our heads in sadness but after the news bulletin, we move on to Netflix and forget about the terrible aftermath these people have awaiting them and a recovery which may take months if not years.

Seven days of black-out meant that all perishable food had to be thrown out and this lack of food is one of the real problems facing Cubans in the weeks to come – 65% of the country’s chicken farms were affected as millions of chickens were killed in the hurricane. With eggs and chicken being the mainstays of the Cuban diet, this loss is going to be felt across the country.

The Cuban Government have promised to stand by their people but Juan is not optimistic and feels that six months down the track this promise will be “forgotten”. Many Cubans affected by hurricanes in previous years are still waiting for help, as we have seen with our own eyes.

A Government announcement was made recently indicating that priority for rebuilding will be the tourist industry, focusing on hotel restoration as this is Cuba’s main income.

Juan believes that the majority of food production in the next months and all the international aid will go in that direction. He is now on a mission to rebuild and make his home safe for his family and tries to be positive about the future.

I wonder if the decision to prioritise the rebuilding of the country’s tourism industry is eventually going to help the people on Cayo Granma. And if so, how long do they have to wait?

The toughest guy in the house

When all lives matter